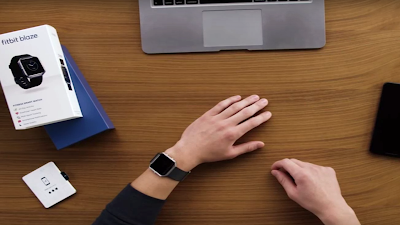 Fitbit Blaze Guide Manual and Tutorial - Here the Fitbit user manual and tutorial learn how to setup Fitbit on simple steps, after unboxing review and get Fitbit user manual PDF here.The Fitbit Blaze is a step-counting and sleep-tracking smartwatch which consists of some playful animations, and aims to keep you focused on your health. It will be your smart partner to oversee your health. If you have recently purchased the Blaze, you may need to read this Fitbit Blaze Guide manual and tutorial to setting up Fitbit Blaze. To ensure that you can make the most of your Fitbit Blaze, you can use the free Fitbit app available for iOS, Android, and Windows 10 devices.

You will need a compatible mobile device for key features such as notifications, music control, and connected GPS. But if you don’t have any compatible device, you can use a computer. 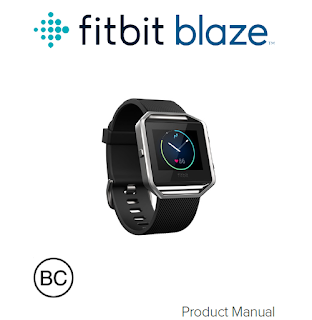 1. Go to the following site to ensure that the Fitbit app is compatible with your mobile device: http://www.fitbit.com/devices.
2. Continue with finding the Fitbit app in one of these locations, depending on your device:
3. Download and install the app on your device. this step requires an account with the applicable store before you can download even a free app such as Fitbit.
4. After the Fitbit app is completely installed, open it and tap Join Fitbit to get started. Then, you will be guided through the process of creating a Fitbit account and connecting (“Fitbit pairing”) your Blaze to your mobile device. This Fitbit Blaze pairing process is useful to make sure the tracker and mobile device can communicate with one another (sync their data).

Setting up Fitbit Blaze on your PC (Windows 10 only)
Although it is important to set up Fitbit as your tracker on your mobile device, but if you don’t have any you can also set up and sync your tracker on your PC running Windows 10 using the same Fitbit app available for Windows mobile devices. For Setting up Fitbit Blaze on your PC running Windows 10, you can get the app in the Windows Store (usually called Store). Search for “Fitbit app” in the Store, then download and install it on your PC. If it is the first time you download an app from the Store to your computer, you will be prompted to create an account. 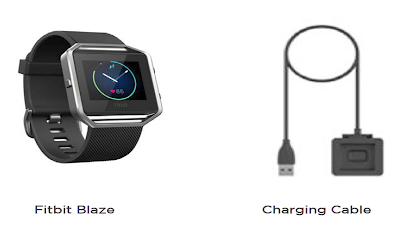 Setting up Fitbit Blaze on your PC (Windows 8.1 and below)
You can set up Fitbit Blaze with a computer to see your Fitbit stats on Fitbit.com if you don’t have a compatible mobile device. anyway, if your computer running Windows 8.1 or below, you will need to purchase a wireless sync dongle from fitbit.com/store in order to set up your tracker. First thing you need to use this setup method is to install a free software application called Fitbit Connect that allows Blaze sync its data with your fitbit.com dashboard. Here are some steps you need to install Fitbit Connect and set up your Fitbit Blaze:
1. Install the wireless sync dongle
2. Go to http://www.fitbit.com/setup.
3. Scroll down and click the option to download.
4. Save the file that appears (FitbitConnect_Win.exe) when prompted.
5. Find and double click the file to open the installer program.
6. Click Continue to move through the installer’s instructions.
7. Choose Set up a New Fitbit Device when prompted.
8. Follow the onscreen instructions to create a Fitbit account and connect your Blaze.

Setting up Fitbit Blaze on your Mac
If you want to set up Fitbit Blaze on your Mac, you will need to install a free software application called Fitbit Connect that allows Blaze sync its data with your fitbit.com dashboard. Follow the steps below to install Fitbit Connect and set up your Fitbit Blaze:
1. Go to http://www.fitbit.com/setup.
2. Scroll down and click the option to download.
3. Save the file that appears (Install Fitbit Connect.pkg) when prompted.
4. Find and double click the file to open the installer program.
5. Click Continue to move through the installer’s instructions.
6. When prompted, choose Set up a New Fitbit Device.
7. Follow the onscreen instructions to create a Fitbit account and connect your Fitbit Blaze. You can set up wirelessly if your computer has Bluetooth. Otherwise, you’ll be prompted to put the tracker in the charging cradle and plug the other end into a USB port on your computer.

Fitbit Blaze manual PDF
During the process of setting up Fitbit Blaze, you’re asked about your personal information which can be used to calculate your basal metabolic rate (BMR), in order to help determine your estimated calorie expenditure. All of your personal information is private unless you go into your Privacy settings and opt to share age, height, or weight with Fitbit friends. Now, after this setting up process is complete, you are ready to get moving. You can read Fitbit Manual and get the fitbit zip instructions or download Fitbit Blaze manual PDF here 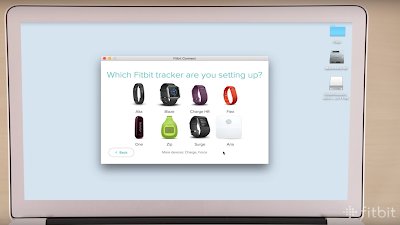 Fitbit will be launch the new software update to the Blaze that delivers new digital watch faces offers its app for iOS, Android and Windows Phone. The iOS application don't need to do anything additional all together for warnings and music controls to work. Android clients, in any case, should finish a couple of extra strides amid the setup procedure.

On the off chance that you discover your Blaze is getting notices just sporadically, return to the warnings settings page and turn on the notice gadget. This keeps the application running, and ought to take out the issue. Fitbit one instructions Android clients should find a way to control music playback from the Blaze. On the Blaze itself, swipe to one side from the clock confront until you get to the Settings alternative. Tap on the screen, then tap on Bluetooth Classic to put the watch in blending mode. On your Android gadget, go into the gadget's Bluetooth settings and look for the Blaze. As indicated by the application, it ought to appear as Blaze (Classic). Tap on it and finish the matching procedure.

Getting around on a Blaze is principally accomplished through swipes and signals. From the primary screen you can swipe down to briefly cripple application notices (helpful in case you're in a meeting) or control music playback on your cell phone. On the other hand, you can get to a similar menu by holding in the top catch situated on the correct side of the watch.

To get to action subtle elements or begin a workout or clock, swipe to one side on the clock confront. Tapping on the clock face will either open your present movement details, or pivot the different measurements relying upon the face you've chosen. Swiping up from the fundamental screen will uncover late warnings from any bolstered applications you've empowered. When seeing a notice, you can tap on it to uncover to what extent back it was gotten.

To get out every single pending warning, look to the base of the rundown and tap on the Clear All catch. Notices are consequently cleared following 24 hours. From any screen, you can do a reversal by squeezing the physical catch on the left half of the watch. The two physical catches on the right-half of the watch are principally utilized when beginning a practice or logging an action.

Tags : #Fitbit Blaze Manual
Next
« Next Post
Previous
This Is The Oldest Page
Advertisement