How to Charge Fitbit Charge 2

How to Charge Fitbit Charge 2 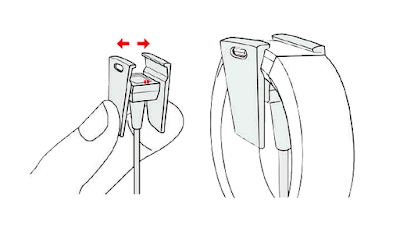 
How to Charge Fitbit Charge 2

You can finding your current battery level by read this Fitbit Charge 2 Manual. If your battery is low, when you wake up your Charge 2 you’ll see a low battery icon after a few seconds. If you see a critical battery icon you’ll be unable to navigate to any of the tracker screens until you charge your tracker. Your tracker continues to track your activity until your battery runs out.

Charging your Fitbit Charge 2
Manual and Tutorial to charge your tracker:
How Often Should I Charge My Fitbit
Charging Fitbit Charge 2 fully takes about one to two hours. So, you should charge your Fitbit when it's indicated low battery warning to keep your device on good conditions and remove the charger after the battery full or about one or two hour, do not more because will damage your battery overloading. While the tracker charges, you can tap it to check the battery level. A fully charged tracker shows a solid battery icon. It’s important to clean and dry your Charge 2 regularly. For more information, see http://www.fitbit.com/productcare.

Fitbit Charge 2 Tutorial Changing the wristband
The wristband has two separate bands (top and bottom) that you can swap with accessory bands sold separately.

Removing a wristband on Fitbit Charge 2
To remove the wristband:
If you’re having trouble removing the band or if it feels stuck, gently move the band back and forth to release it.

Attaching a new wristband
Before you attach a new wristband, first read this Fitbit Charge 2 User Guide and identify the top and bottom bands.
Advertisement