Fitbit Charge 2 User Guide PDF with Tutorial -Fully battery before you use the Fitbit Charge 2, if your Fitbit not charging and need to setup, resolve problems read our tutorial tips and tricks and download Fitbit Charge 2 Manual PDF from the official site.

Get a better understanding of your fitness level and see how you can improve over time with a personalized Cardio Fitness Score by reading Fitbit Charge 2 manual / user guide. Use Connected GPS during run mode to see real-time stats like pace and distance on your wrist Make every beat count with Fitbit Charge 2. The all-new heart rate and fitness wristband built for all-day, workouts and beyond. Fitbit PurePulse continuous heart rate makes it easy to maximize workouts, better track calorie burn and get a snapshot of your cardio fitness level, while all-day activity and auto sleep tracking, lets you see how your whole routine adds up. Record your workouts with multi-sport modes to see real-time workout stats on screen, or rely on SmartTrack to automatically record select exercises for you. 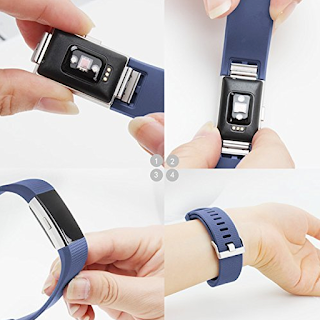 The large OLED display helps you stay connected with call, text and calendar alerts, stay active with Reminders to Move, and find moments of calm with guided breathing sessions. You can find a look that fits your style with customizable clock faces and interchangeable bands.

How to Setup Fitbit Charge 2

With more advanced features in a sleeker package, it’s the motivation you need to push yourself further in every step, every beat, every day. Fitbit Charge 2 user manual for troubleshooting steps.

Fitbit Charge 2 in a step-counting and sleep-tracking smartwatch which consists of some playful animations, and aims to keep you focused on your health. It will be your smart partner to oversee your health. If you have recently purchased the Fitbit Charge 2, you may need to read this tutorial of Setting up Fitbit Charge 2. To ensure that you can make the most of your Charge2, you can use the free Fitbit app available for iOS, Android, and Windows 10 devices. You will need a compatible mobile device for key features such as notifications, music control, and connected GPS. But if you don’t have any compatible device, you can use a computer.

As we mentioned above that compatible mobile device is required for key features such as notifications, music control, and connected GPS. Therefore, it is important for you to know about this setting up Fitbit Charge 2 using a mobile device. This setting up process is very easy, since the Fitbit app is available for more than 200 mobile devices that support iOS, Android, and Windows 10 operating systems. Here are the steps to get started:

1. Go to the following site to ensure that the Fitbit app is compatible with your mobile device: http://www.fitbit.com/devices.

2. Continue with finding the Fitbit app in one of these locations, depending on your device:
iOS devices: The Apple App Store
Android devices: The Google Play Store
Windows 10 mobile devices: The Windows Store

3. Download and install the app on your device. this step requires an account with the applicable store before you can download even a free app such as Fitbit.

4. After the Fitbit app is completely installed, open it and tap Join Fitbit to get started. Then, you will be guided through the process of creating a Fitbit account and connecting (“pairing”) your Fitbit Charge 2 to your mobile device. This pairing process is useful to make sure the tracker and mobile device can communicate with one another (sync their data).

Setting up Fitbit Charge 2 on your PC

Although it is important to set up your tracker on your mobile device, but if you don’t have any you can also set up and sync your tracker on your PC running Windows 10 using the same Fitbit app available for Windows mobile devices. For Setting up Fitbit Charge 2 on your PC running Windows 10, you can get the app in the Windows Store (usually called Store). Search for “Fitbit app” in the Store, then download and install it on your PC. If it is the first time you download an app from the Store to your computer, you will be prompted to create an account.

You can set up Fitbit Charge 2 with a computer to see your Fitbit stats on Fitbit.com if you don’t have a compatible mobile device. anyway, if your computer running Windows 8.1 or below, you will need to purchase a wireless sync dongle from fitbit.com/store in order to set up your tracker. First thing you need to use this setup method is to install a free software application called Fitbit Connect that allows Fitbit Charge2 sync its data with your fitbit.com dashboard.

Here are some steps you need to install Fitbit Connect and set up your Fitbit Fitbit Charge 2:

4. Save the file that appears (FitbitConnect_Win.exe) when prompted.

5. Find and double click the file to open the installer program.

7. Choose Set up a New Fitbit Device when prompted.


Set up Fitbit Charge 2 on Mac

3. Save the file that appears (Install Fitbit Connect.pkg) when prompted.

4. Find and double click the file to open the installer program.

6. When prompted, choose Set up a New Fitbit Device.

7. Follow the onscreen instructions to create a Fitbit account and connect your Fitbit Charge 2. You can set up wirelessly if your computer has Bluetooth. Otherwise, you’ll be prompted to put the tracker in the charging cradle and plug the other end into a USB port on your computer.

During the process of setting up Fitbit Charge 2, you’re asked about your personal information which can be used to calculate your basal metabolic rate (BMR), in order to help determine your estimated calorie expenditure. All of your personal information is private unless you go into your Privacy settings and opt to share age, height, or weight with Fitbit friends. Now, after this setting up process is complete, you are ready to get moving. 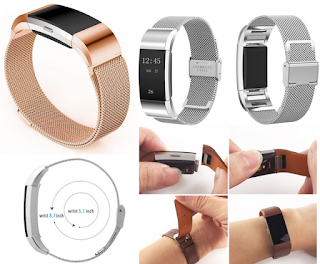 Keep it Clean: Regularly clean your band and wrist, especially after working out or sweating. Rinse the band with water or wipe it with a small amount of rubbing alcohol.

Do NOT use hand soap, body soap, dish soap, hand sanitizers, cleaning wipes or household cleaners which could get trapped beneath the band and irritate skin. Always dry the band well before putting it back on.

Keep it Dry: While Fitbit devices are water resistant, it’s not good for your skin to wear a wet band for long periods of time. If your elastomer band gets wet, like after sweating or showering, rinse and dry it thoroughly before putting it back on your wrist.

Be sure your skin is dry before you put your band back on.

Don’t Wear It Too Tight: Make sure your band isn’t too tight. Wear the band loosely enough that it can move back and forth on your wrist.

If you use Fitbit products with Purepulse Heart Rate tracking, for better heart rate readings during exercise, we suggest wearing the band so it’s secure, but not too tight, and wearing the band higher on your wrist (about 2-3 finger widths above your wrist bone).

Lower the band on your wrist and loosen it after exercise.

Give Your Wrist a Rest: Prolonged rubbing and pressure may irritate the skin, so give your wrist a break by removing the band for an hour after extended wear.

This Fitbit uses a different type of band than the original Charge and Charge HR. The band is replaceable like the Alta, so it is designed to be able to separate from the watch itself on both ends. I previously had difficulty with the original Charge band breaking, so I was happy to see this change and have not had any problems with the Charge 2 band.